Thanksgiving is a time for family and friends and lots of good food.

We hope you all love our favorite recipes as much as we do!

1. Prehead oven to 350 and butter a 10x15 baking dish
2. Cut bulbs in half and slice them making approx 4 cups of sliced fennel.
3. Add olive oil and butter into a medium saute pan and saute fennel and onions together over medium low heat for 10 minutes
4. Thinly slice potatoes.
5. Place potates into a large bowl with 2 cups of cream, 2 cups Gruyere, 1 teaspoon salt and 1/2 teaspoon of pepper. Add fennel and onion to mixture and mix well.
6. Pour potato mixture into prepared baking dish. Press down lightly to smooth the top.
7. Combline remaining 2 tablespoons of cream and 1/2 cup of Gruyere and sprinkle evenly on top.
8. Bake for 1 hour, until potatoes are very tender and browned and bubbly.

MAKE THE DOUGH:
1. Whisk together the flour, salt and baking powder in a large bowl.

2. Add the cubed butter to the bowl and use your fingers to work the butter into the flour until the mixture is the consistency of wet sand.

3. Stir in the sour cream (the dough will be very wet), and then turn the dough out onto a well-floured work surface.

4. Knead the dough a few times until it comes together, adding more flour, 1 teaspoon at a time, if the dough is too sticky to handle. Roll the dough into an 8x10-inch rectangle and dust both sides with flour before folding it into thirds as if you were folding a letter.

5. Rotate the dough 90º and roll it out again into an 8x10-inch rectangle. Fold the dough again into thirds then wrap it securely in plastic wrap and refrigerate it for at least 30 minutes while you make the filling.

MAKE THE FILLING:
1. In a small bowl, combine the apples, lemon juice, cinnamon, sugar and flour, stirring until thoroughly mixed. Set aside.

2. Remove the dough from the refrigerator and unfold it onto a well-floured surface, rolling it out to a 14x14-inch square.

3. Using a 3-inch circular cookie cutter or cup, cut out as many circles as possible. Re-roll the scraps and continue cutting out circles until you run out of dough, ensuring you end up with an even number of circles. (You should have approximately 20 3-inch circles.)

4. Place six of the dough circles on a Silpat or parchment paper-lined cookie sheet. Spoon a small portion of the apple filling into the center of each circle, leaving enough of a border around the filling. Top the apple filling with a portion of the chopped caramels and a pinch of sea salt. Place a second dough circle atop each filled circle then use a fork to crimp the edges together, sealing each pie.

5. Brush each pie with the egg wash, and using a sharp knife, cut two or three vents on the top of each pie. Sprinkle the pies with crystal sanding sugar (optional).

6. Bake the pies for about 15 minutes, or until they're golden brown.

7. Remove the pies from the oven and allow them to rest for 10 minutes before serving. Repeat the filling and baking process with the remaining dough circles.

Directions
1. Preheat oven to 350
2. In a large casserole dish, add melted butter, Jiffy mix, corn, creamed corn, egg and half of cheddar cheese. Mix until combined.
3. Dollop the sour cream evenly over the top. Use a knife to gently swirl into the casserole. Sprinkle the remaining cheese over top.
4. Bake on middle rack in oven for 40-45 minutes or until the middle is set.
5. Remove from oven and enjoy!

BY LINDSAY CUNNINGHAM ON SEPTEMBER 1, 2022 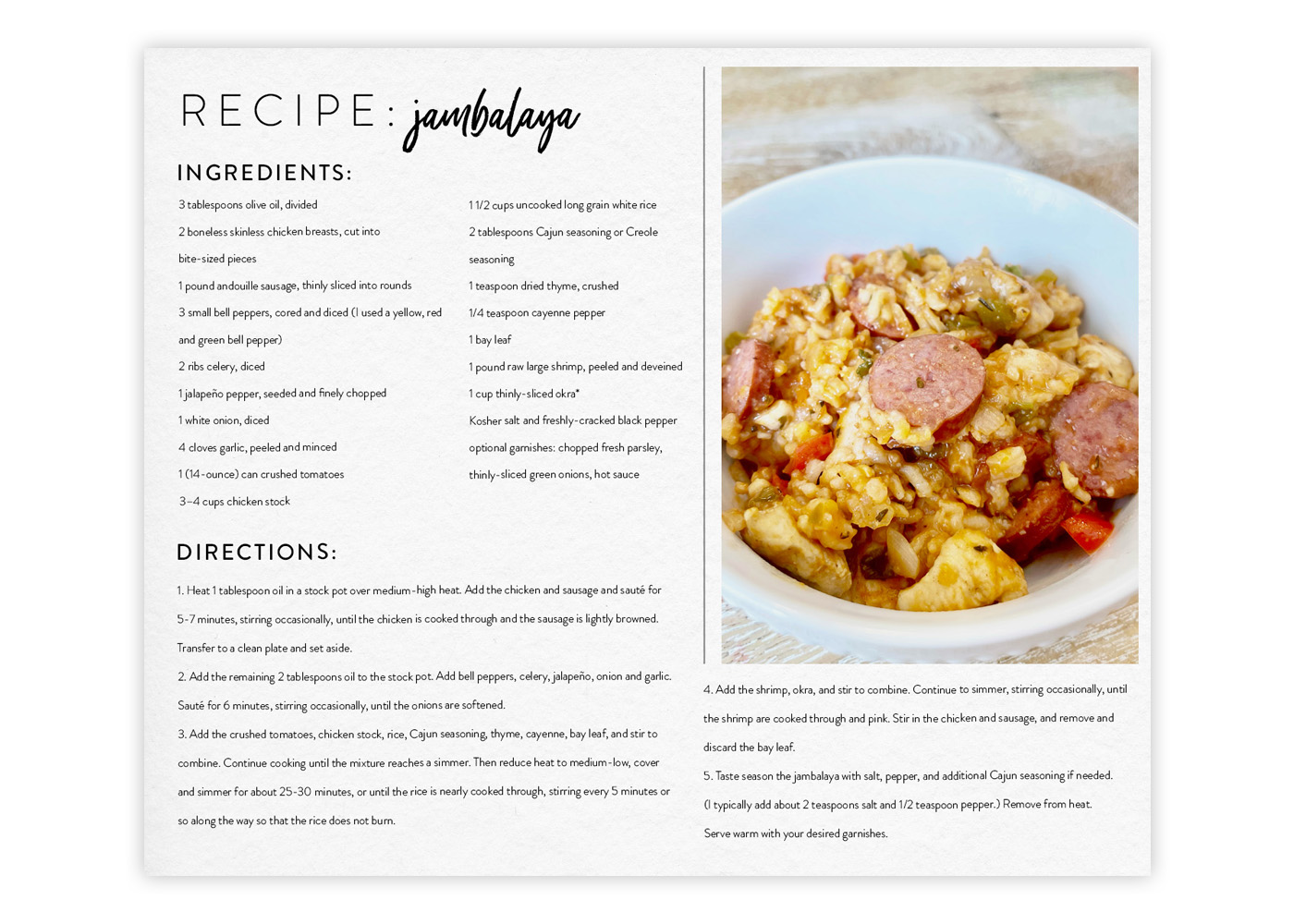 Who doesn't love a Trader Joe's recipe? These tacos are quick, easy and sure to be a family favorite! Cook Trade Joe's Orange Chicken according to package directions. I like to throw cashews into the pan as well! While chicken is cooking, warm tortillas. To make Sriracha Mayo, mix equal parts mayo and sriracha and set aside. Once Orange Chicken is finished cooking, you are ready to eat! Have each family member prepare their own taco's with the toppings of their choice! My girls love to help prepare theirs!

Who doesn't need a quick and easy on the go breakfast recipe? I am always searching for breakfast recipes that I can easily grab while I am running out the door. These oatmeal bites can be easily customized to include nuts, dried fruit, or honey for extra sweetness! Enjoy!

We are huge fans of anything Asian at our house! Living in the Charleston area, we have amazing restaurants and regularly get takeout from them (Bon Banh Mi Southeast Asian Kitchen is our absolute fav!) but occasionally we like to cook at home! With summer quickly approaching, I am always on the hunt for lighter meals! My husband and I love this quick and easy Asian Chicken Lettuce Wrap recipe! Takes no time to prepare and we typically have the ingredients on hand!

Caprese salad but make it a casserole? Yes, please!

I love making this recipe for my family, truly one everyone enjoys! At night we usual rush to get dinner on the table and I love how easy this recipe is! I am all about a one pot meal, less clean up, so I love that I can throw everything together in one pot and am done!

I hope your family enjoys this recipe as much as mine!